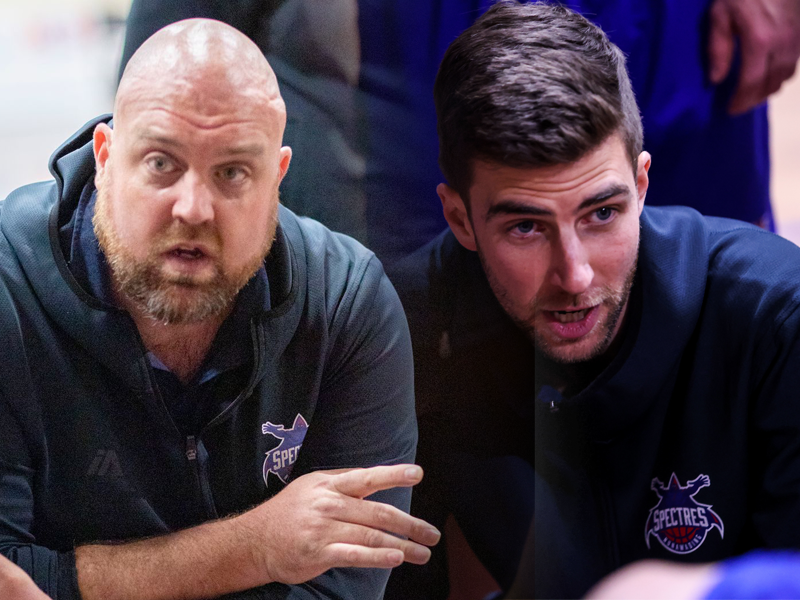 MELBOURNE – The Nunawading Spectres have re-signed both Andrew Cutler and Paul Flynn as the programs Head Coaching duo ahead of the 2022 Coles Express NBL1 South season, the club announced earlier today.

Cutler led the Spectres men to a 7-7 record before Covid-lockdowns brought the South Conference to a grinding halt, his first season at the helm of the program. In what panned out to be somewhat of a transition season, Cutler navigated the emergence of Nunawading’s next wave of stars like Jack Gandolfo and Tristan Devers.

“I am grateful for the opportunity to return as Head Coach of the Nunawading men’s team,” Cutler said.

“I can’t wait to get started with our group and build towards the 2022 season.”

Flynn returns for his fourth season on the sidelines, having taken the reins of the Spectres women’s program in 2018 in what was then the South East Australian Basketball League. In a shortened 2021 Flynn guided the Spectres to a 9-5 record and firmly in the race for another post-season appearance.

“I am excited by the opportunity to again lead this program,” Flynn said.

“I am incredibly passionate about the Nunawading Spectres program, I grew up in this stadium and want to continue the programs tradition of producing exceptional talent.”

Cutler and Flynn both progressed through the Nunawading Basketball pathway as players before moving into the coaching ranks. The Spectres are excited to be entering another Coles Express NBL1 South campaign with two exceptional homegrown talents leading the charge.