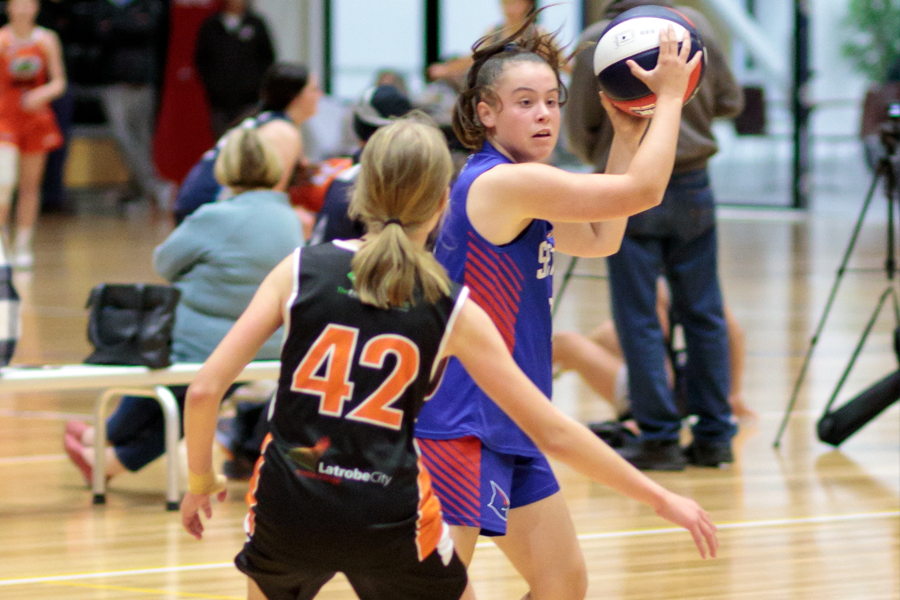 MELBOURNE – The Nunawading Spectres announced their U12-U18 award winners across the weekend, taking to social media to publicly acknowledge the effort and achievement over an interrupted 2021 Victorian Junior Basketball League season.

One player from each Nunawading representative team is awarded the Spirit of Spectres, as an individual that embodies hard work, application, contributes to the team and is passionate in representing the Spectres program.

“The 2021 VJBL season, much like the past 18-months has presented a wave of challenges,” Nunawading Spectres Representative Program Chair Paul Flynn said.

“Basketball continues to provide an outlet for our players, coaches and families. Whilst the various interruptions to the season have been frustrating, our Spectres Family have been exceptional in strength and maintaining a connectedness. This in its very essence is the Spirit of Spectres.”

“On behalf of the Nunawading Spectres Representative Program Committee and the MEBA Board, I would like to congratulate our 2021 award winners and look forward to an even stronger year ahead. ”

“I would also like to make special acknowledgement of our graduating U18 players. Thank you for your time, effort and commitment to representing the Nunawading Spectres, some since U12. Whilst your time in the junior pathway as a player has come to an end, there are many opportunities ahead that hopefully incite a great sense of excitement.”

In addition to player awards, a Spirit of Spectres was also presented to Damian Arsenis (Girls) and Matteo Carmassi (Boys) as coaches that uphold the same values.

Spectres Director of Coaching Tamie Harvey applauding both coaches and their efforts above and beyond across this past season.

“Damian has been instrumental in working with our girl’s development squad and our U12 program. He is passionate about keeping our U12 girls motivated through the many months of online sessions and has been a significant influence on the success of our development squad.”

“Matteo has been heavily involved in our boy’s development squad. He has been a constant in their sessions whether it is on court or online. Matteo’s passion to teach and motivate our athletes has been instrumental in the success of our development squad.”

In culmination of the awards, the Nunawading Spectres Representative Program announced its four major annual awards, The Tony Carlin and Eddie Short Excellence in Coaching and the Keith Jenkins Awards.

Tony Carlin is a stalwart of Nunawading Basketball, having coached U12-U16. During his time on the sidelines, he won 8x VC Championships and 5x National Junior Classic Titles. Tony was known around Australia for his success in the U14 age group, qualifying for 7x U14 Australian Club Championships, winning 3x silver and 1x bronze.

“I am thrilled to present the 2021 Tony Carlin Excellence in Coaching Award to Ricky Mitchell,” Harvey announced.

“Ricky did an exceptional job with our U14.1 Girls this year which saw the team qualify for the U14 Australian Club Championships. We have no doubt that your team would have been a force to be reckoned with in pursuit of both state and national titles. Thank you for your passion and hard work throughout the season, we could not be more proud of your achievements.”

Eddie Short, another stalwart of the program coached in U12-U14 age groups winning 2x VC titles and both a silver and bronze at the National Junior Classic. Eddie found great success in the U14 age group, guiding seven teams to the U14 Australian Club Championships where he also won 1x gold and 2x silver medals.

“I am excited to announce the 2021 Eddie Short Excellence in Coaching Award is Rick Vos,” Harvey said.

“Rick coached his team to become a powerhouse in the U14 VJBL competition, also achieving qualification for the U14 Australian Club Championships. Although the season was cut short, we are incredibly proud of your achievements and know that both state and national titles were yours to take. Thank you for your passion and hard work throughout the season.”

The Keith Jenkins Award is named in memory of one of the Spectres long time and most highly respected coaches. Keith coached the development teams for the U12 programs and was incredibly passionate about the Nunawading Spectres program – bleeding red, white and blue. Recipients of this award must exhibit; strong work ethic, loyalty, leadership, reliability, responsibility, diligence, discipline, initiative, a positive attitude and give back to the Spectres program. Nominated players must have played at Nunawading since U12.

“It is with great pleasure that I present Mackenzie Chesterfield and Dean Simos as the recipients of the Keith Jenkins Award for 2021,” Harvey announced.