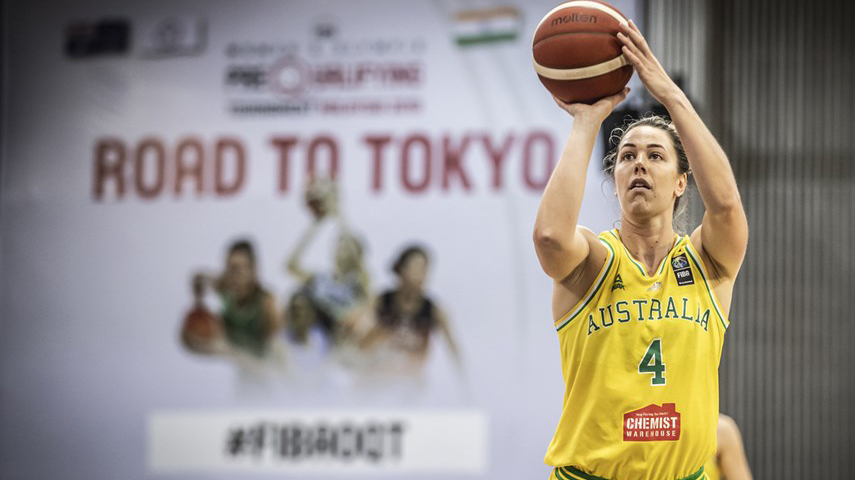 After the decision was finally made to postpone the Tokyo Olympic Games due to the coronavirus epidemic, Opals captain Jenna O’Hea had to grapple with several complex emotions.

Relief that a decision had finally been made after months of speculation; devastation at the knowledge her Olympic dream had been delayed by more than a year; confusion about her retirement plans; concern about how to keep fit and motivated during this period of isolation.

“There were a lot of emotions [when the decision was made to postpone the Games] … leading into the announcement, it was difficult to find places to work out, so there was a lot of stress trying to get ready for this big event and then to hear it was going to be postponed, there was actually a bit of relief,” the 32-year-old tells ESPN. “But there was also utter devastation. As an athlete, you have goals and a plan and that was all in place – we’d just finished the WNBL season, I played well … and the postponement was devastating.

“Now we’re looking at late July, 2021, [which is] so many days away, it’s hard to get my head around. So much training goes into preparing for an Olympics and it’s now so far away again. The past two years, you have that date in your head, you’re planning things, training hard and it’s starting to get exciting, now it’s 15 months away or so …

“I was planning to retire after the next WNBL season which is early 2021, [but I’m] now starting to think about continuing – will your body cope? There’s a lot going through your head.” The situation O’Hea — a former WNBA player with the Los Angeles Sparks and Seattle Storm — is facing, is being mirrored by thousands of Olympic athletes across the globe, with those qualified to compete after four long years now facing 15 more months of waiting. As well as that, athletes in nearly every league worldwide are also still waiting for their sports to resume.

“Our high performance sporting community are responding to two major life events: COVID-19 and the postponement of the Olympic and Paralympic Games, and with this brings a complex array of emotions,” Clements tells ESPN.

“One of the most significant changes that athletes may be experiencing is how to maintain structure, routine and motivation in these uncertain times. Elite athletes typically lead high structured and regimented lives and adapting to this new environment may be a significant challenge for individuals.

“We expect that most people, including athletes, will be experiencing a level of anxiety over coronavirus and this is completely normal.”

O’Hea, like everyone across the globe, is adapting to her new normal. Despite the challenges of isolation and living in an apartment, she’s still trying to keep fit, having received at-home workout guides from the AIS strength and conditioning team, although practicing her ball skills isn’t as easy.

“I’ve obviously got no basketball ring [at home] but I keep the ball in my hands and practice my dribbling inside … hopefully I’m not annoying my neighbours too much!” she laughs. “You just do what you can in your space.

“Everyone is going through the same thing. Sometimes when you’re injured, you’re very alone … with this, we’re all alone together. So we have our workouts, and I know everyone is in the same boat. It makes it easier knowing everyone is in it together.” While 15 extra months on top of the regular four-year Olympic cycle seems like an eternity, O’Hea says she and her Australian teammates — ranked No. 2 in the world, behind the U.S. — won’t struggle to stay motivated during the postponement.

“We qualified in February, there’s quite a few in the squad who have never been to an Olympics,” she says. “I haven’t been since 2012, missing out in ’16, so for everyone, there’s different motivating factors.

“As athletes, we’re pretty good at setting goals and achieving them. The goals are still there, but the goalposts have just shifted a bit later. So for me, it’s a good chance to rehab my body and then start the planning process again, [trying to ensure I] peak at the right time.”

As well using the enforced downtime to get her body right, O’Hea, an AIS Lifeline Community Custodian, is also planning on working on her mental strength – something she encourages everyone do to.

“This is a really good time to hone in on our mental health. As athletes, we often focus on our physicality but this is a good time to learn more about yourself,” she says. “For me, getting into yoga before bed to calm my mind has been really helpful. And goal setting is always good for athletes, but everyone is different. Everyone should play around to find out what works for them.”