ALICIA CASEY – FOCUS ON A REFEREE 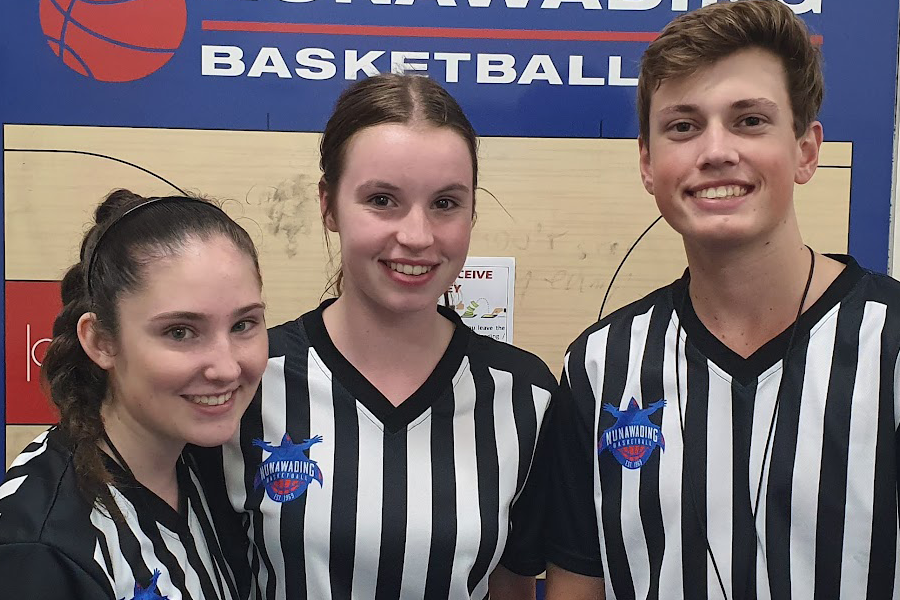 Not everyone wants to be a referee, especially if they are busy playing domestic basketball and also in the VJBL with Nunawading Spectres. But at the age of 15, that is what Alicia decided she wanted to do. She was always around Nunawading anyway since the age of 6 years old when she first started playing with Vermont Vultures, plus many of her friends became referees or were trying out to become a referee too. Now she is trying to become a Level 1 referee on Victorian Championship VC games and enter the Basketball Victoria State program as a referee, all while moving into Year 12 in 2023. On top of all this, Alicia was awarded the Recognition of Excellence as the Junior Female Referee of the Year 2021 at Nunawading Basketball too. She has a great future ahead of her.

When we spoke to Alicia, she recalled her earliest memory being “the first time I called a technical foul on a men’s game as a green shirt on a Thursday night. It was the single most terrifying experience of my life but it felt so good to make such a big decision on behaviour as a green shirt.” In the early days, she worked closely with her mentors, supervisors and referee coaches but specifically recalls looking up to Emma Keogh and Darcey Brooks (both are now Victorian Championship VJBL referees) and also remembered how her friends thought she would make a good referee as she could be quite authoritative and calm. We asked Alicia what her greatest learning about people and also about teamwork has been while referee and she told us “My greatest learning experience about people has been that sometimes no matter how good you are, people will be mad and that you can’t let people’s words knock your confidence.” and “Refereeing has taught me how important it is to encourage people and have each other’s back. When players are yelling at you or unhappy with calls, having a second person back you up and confirm your decision really helps your confidence and authority over the game.”

Dealing with Criticism, Abuse and Pressure
“I learnt to cope with the abuse and criticism of refereeing purely through experience. The more games I refereed the more I realised that people arguing shows more about them than me, and that when you are in the game playing, you see a completely different version of the game than others. Also getting positive reinforcement and feedback from supervisors and referee coaches on what I do well and where to improve helps immensely.” It was great to hear such a mature response to certain behaviours, which at times, are very inappropriate and immature from players, coaches or spectators. Learning to referee is such an experiential journey full of mistakes and reflection, and Alicia is a testament to this learning process. Pictured here is Alicia when she earned her B grade

Alicia shared with us her greatest achievement has been the recent step-up towards Level 1 accreditation to referee the Victorian Championship VJBL games and her appreciation of the recognition and feedback from Nunawading and Basketball Victoria. She is excited to get access to the best junior basketball in the state. As for Alicia’s most challenging memory, she recalled “learning how to mentor. Trying to explain why we do certain things or where we move in trail/lead [referee positions on the court] was often difficult but ultimately helped me become a better ref as I learnt to understand my actions and the game better.” She also has so many other fond memories and friendships developed as a referee and could not imagine where she would be without refereeing being such a key part of her life.

Pictured here is Alicia as a mentor

Finally, we asked Alicia where to from here? This is what she told us “I always wanted to become a supervisor as my biggest strength as a referee is my ability to communicate and talk to people, but more recently entering the Level 1 course has reminded me how much I love being out on court and I would love to referee at nationals in the future.”

Who knows where the journey will take Alicia, but there are great opportunities in the referee pathways equal to the playing pathway. Recently Michael Aylen retired as a FIBA international referee after officiating multiple Olympic Games and World Championships, including the 2012 London Olympics Gold Medal match. Michael started as a 13-year-old referee at Nunawading. Perhaps Alicia will follow these footsteps.

LOOKING TO BECOME A REFEREE?

Make sure to check out the information regarding our upcoming Group Interview in January 2023 by clicking here.