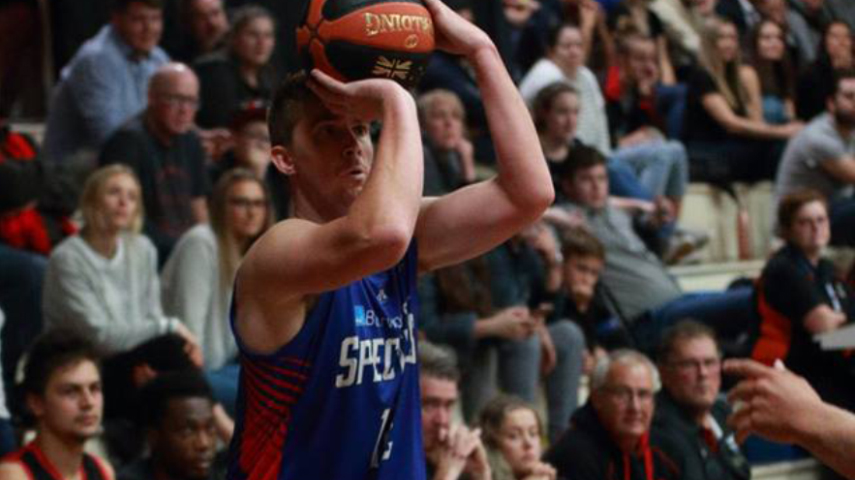 The Nunawading Spectres have shored up some depth to their NBL1 championship defence, confirming today that sharp-shooting forward Luke Van Rijn will return to the program for the 2020 season.

Originally from Naracoorte, South Australia, Van Rijn had the potential to move closer to home with the Mount Gambier Pioneers moving into NBL1 South in 2020. But culture of the Nunawading Basketball program, team brotherhood and opportunity to defend the title too strong for Van Rijn to pass on.

“It’s a great feeling coming into the new season, the groups goal obviously to defend the title,” Van Rijn said.

“I’m hoping to continue to build on my role in the squad and provide a more consistent output.”

Van Rijn appeared in 17 games for the Spectres providing the team with solid bench scoring, shooting an impressive 44% from outside the arc across the season. The stretch-forward looking to capitalise on the potential of increased opportunities by putting his best foot forward throughout the Spectres pre-season campaign.

“He’s our Patty Mills type guy, always waving a towel and handing out high fives. He’s ready whenever you call his name and he makes the most of every opportunity he’s given. You don’t have team success without guys like that on your roster, he’s a big reason why we work.”

“He is one of the best catch-and-shoot forwards in the league. He’s got a great enthusiasm to develop other aspects of his game and I’m looking forward to seeing his work ethic this preseason pay off over the course of the year.”

The Spectres are steadily building a strong roster for the 2020 NBL1 season, Van Rijn the latest addition to a line-up already boasting NBL1 Finals MVP Dain Swetalla, NBL1 All Star representative Costas Hronopoulos, Australian 3×3 star Tom Wright and new recruit, former Sydney King Darcy Harding. The remainder of the roster expected to be announced in the not too distant future. Nunawading Basketball have also released last week an exciting opportunity to connect local and or national businesses with a range of digital content assets in 2020, where your brand can engage with an enormous online audience this NBL1 season. For more information on the types of digital rights available, CLICK HERE.