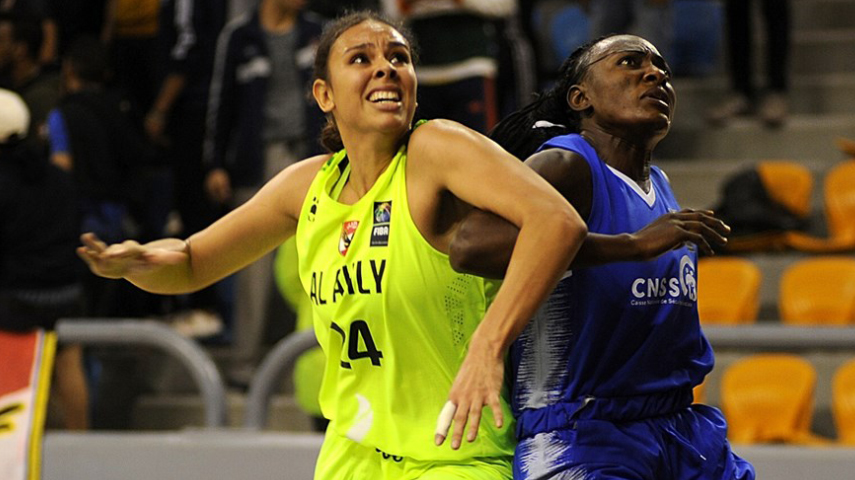 The Nunawading Spectres have confirmed the signing of 6’3” American Schaquilla Nunn for the 2020 NBL1 season.

Nunn is currently playing for Egyptian club Al Ahly, headlining the program on its way to the Super Cup Championship and a Bronze Medal finish at the FIBA Africa Champions Cup, whilst claiming the tournament’s Top Rebounder award.

“I am very excited to have this opportunity to be able to play with the Nunawading Spectres,” Nunn said on signing ahead of the nBL1 season.

“I can’t wait to meet everyone and get to see such a beautiful country.”

“I’m a competitor. I know we can build a winning team that will make our fans and club proud!”

Nunn was selected by the San Antonio Stars with the 25th pick in the 2017 WNBA Draft having played her senior season at the University of Tennessee – current home of Nunawading Spectres junior and senior representative Louise Brown.

“Schaquilla brings us a genuine frontcourt presence – a recognised defender, rebounder with great shooting touch around the basket.”

“We identified that for us to take the next step as a team, we needed to add legitimate size in order to play with the big dogs at the end of the season. Not only does Schaquilla provide us the size and skillset we need, she’s a proven winner wherever she lands – she’s won in Germany, Lebanon, now Egypt – we can’t wait to get her into a Spectres uniform.”

Nunn will join the Spectres sometime in April this year. Whether Nunn is available for the opening of the NBL1 season is still unknown, Al Ahly expected to make a deep push into its playoff bracket.