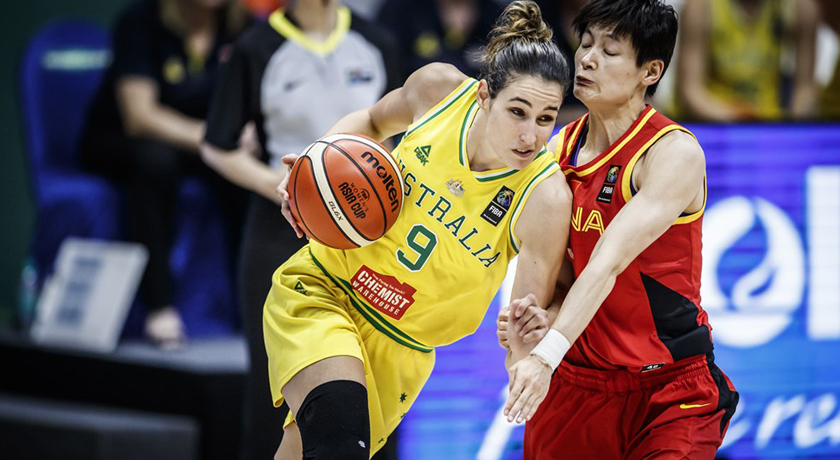 Chemist Warehouse Australian Opals star, Bec Allen, has been named to the FIBA Women’s Asia Cup All-Star Five, after a brilliant tournament was capped off with a monster game against Korea in the third-place playoff.

Allen would save her best for last in the Asia Cup, pouring in 20 points against Korea on Sunday night, to go along with seven rebounds, three steals, two assists and two blocks.

The starring role in the 98-62 win ensured that the Opals would claim bronze in India, with their focus now quickly turning to the pre-qualifying tournament for the 2020 Tokyo Olympics, to be held from November 14-17.

Allen finished the tournament with averages of 11.7 points, 4.5 rebounds, 1.8 assists, 1.7 steals and 0.8 blocks in just 19.7 minutes per game. The New York Liberty star would post a scorching hot shooting mark of 45.5 percent from behind the three-point arc.

“It’s always a great thing to be recognised, I think it’s an honour to get the award, I’m really happy to get it. At the same time, it’s a team game, the only way that I can get the ball to score is because of my teammates,” Allen said after the Opals win over Korea.

Often a barometer in the talented and deep Australian offence, Allen consistently came up with big plays when the Opals needed them in India. Despite her strong form, the 26-year-old was typically modest when asked to assess her week in India.

“For me personally, I would say inconsistent. I expect a lot from myself, and we expect a high level from ourselves as players in the Opals team too,” Allen said.

“I know it was a little bit up and down in this tournament for us but in November we know what we need to achieve, what we need to do better and where improvements need to be made. We will be ready to go.”

The location for the November tournament is not yet known, though Allen believes the Opals will leave India in better shape than they arrived, with important lessons learned over the past week together.

“We can definitely take some positives away, we know what areas we need to improve come November, that’s huge for us. It’s a really important tournament so we have to make sure we are mentally and physically ready, that’s the biggest thing for us,” Allen explained.

“Every game is a tough game; we need to bring our ‘A’ game because when we are playing at our best, we can beat anyone.”