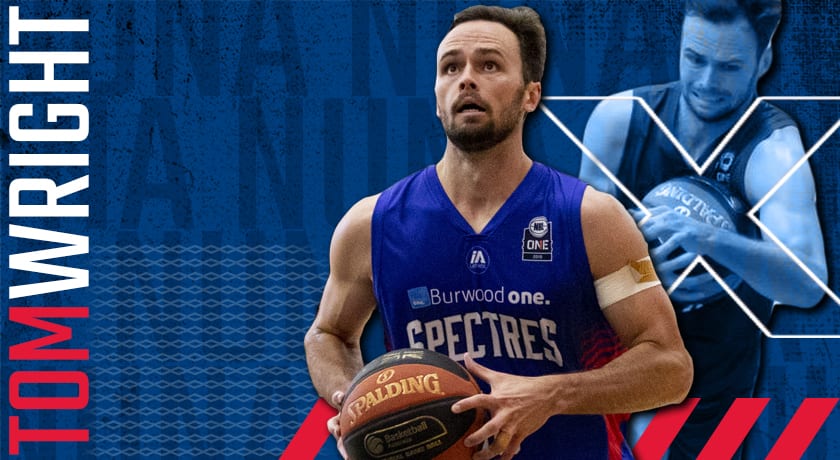 The Nunawading Spectres have confirmed today the re-signing of NBL1 Championship Captain Tom Wright for the 2020 season.

The last 12 months has been a successful period for Wright, who represented Australia at both the FIBA 3×3 Asia Cup and FIBA 3×3 World Cup before steering his Nunawading Spectres to the NBL1 Championship with a 24-point, 4-assist performance in the Grand Final.

“It was a dream come true,” Wright said on winning the NBL1 tile.

“I’m looking forward to defending our title this year. We’ll have a target on our back, but I know the team we put on the floor will be up to the challenge.”

The Nunawading men’s team has been a shining endorsement for roster stability for over a decade now, but with point guard Shane McDonald and veteran reserve Jesse Caspersz announcing their retirements on the back of the 2019 Championship, many predict that a new-look Spectres will take the floor in 2020.

Wright not quick to take the same viewpoint and when pressed on the make up of his teams roster, the captain indicated a number of players would be back for the title defense.

“There’s a great culture at Nunawading, it’s an easy choice to come back and play with such a great group of guys.”

Juggling his FIBA 3×3 commitments, Wright still managed 18 appearances for the Spectres last season, returning 18.1 points at 44% from the field, 4.0 rebounds and 3.7 assists. He was an integral cog in the Spectres wheel.

“Great teams have great leaders, so let’s start this thing from the top.”

“Tommy is going to go to another level again this season, not just because we’ll need him to but because he can. With his ability to score, create for others and defend multiple positions, I’m a lucky coach to have a Tom Wright on my team.”

Wright is the first confirmed player to the Spectres men’s roster.