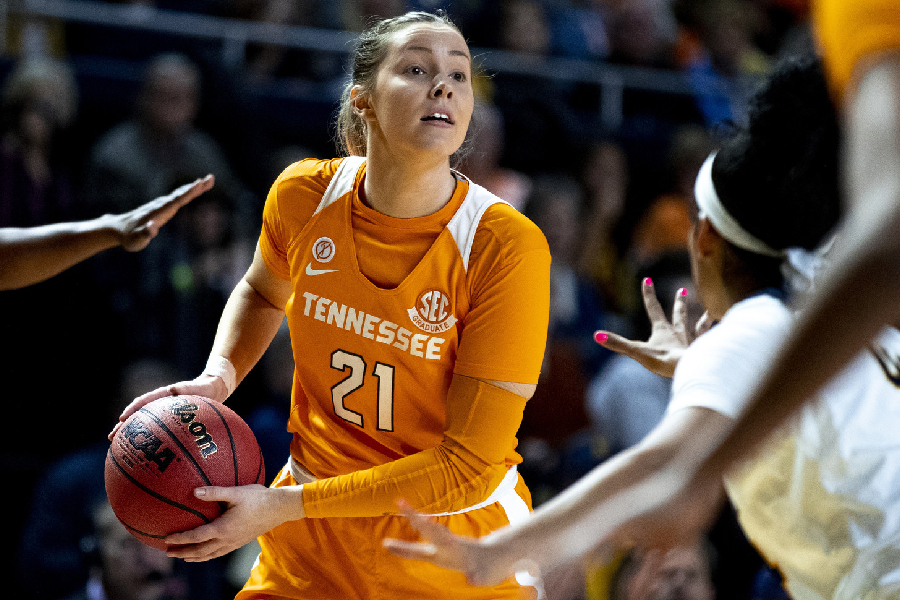 MELBOURNE – In one of the biggest moves of the NBL1 off-season, the Nunawading Spectres will welcome home forward Louise Brown, the club announced this morning.

“This is a huge signing for our program,” Nunawading Spectres Head Coach Paul Flynn said.

“It’s a homecoming of sorts, Lou has been in the US collegiate system for the last six years and to have her come back to where she played the majority of her junior basketball and tipped off her senior representative career is an incredible boost for our program.”

Brown a former scholarship athlete at the Australian Institute of Sport last played for the Spectres in 2014 before embarking on a six year collegiate career that saw time spent at both Washington State University (2014-2018) and the University of Tennessee (2018-2020). Prior to that Brown had represented Australia at both U17 and U19 FIBA World Championships.

“I’m super excited to be able to come back to my junior club and continue to represent Nunawading in what is really a full circle moment for me,” Brown said.

“I’m eager to put back on the red and blue and get out there and play some basketball.”

Brown provides the Spectres with incredible versatility in the front court, with an ability to stretch the floor and play off the dribble.

“Lou dedicated much of last year to a personal reset,” Flynn commented.

“She’s come into our preseason sessions in fantastic condition, she’s shooting the ball with confidence and moving well. She opens up a lot of opportunities for us on the offensive end and I’m excited by what we’ve seen to this point.”

“Lou has already immersed herself in the association, taking on a number of coaching roles across the junior program and the Nunawading Basketball run Forest Hill College Basketball Academy.”

Brown appeared in a total of 126 NCAA games between 2014-2020, earning a start in 101. She graduated from Washington State with a Bachelor’s Degree in Sport Management, then from Tennessee with a Master’s Degree in Communication and Information with concentration in Journalism and Electronic Media. Brown was named to the SEC Academic Honor Roll 2019-2020 and Honorable Mention Pac 12 All Academic in 2015-16 and 2017-18 .