HRONOPOULOS SET TO STAY HOME IN 2020 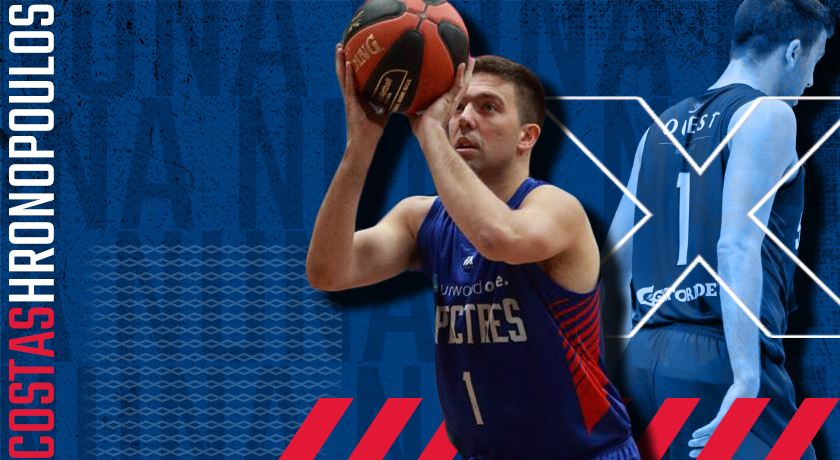 The Nunawading Spectres have announced that guard Costas Hronopoulos has re-signed with the defending NBL1 Champions ahead on the 2020 NBL1 season.

A lifelong representative of Nunawading, Hronopoulos played an integral role in the Spectres 2019 success, returning 10.2 points at 53FG%, 4.9 rebounds and 2.3 assists across 24 games.

“Winning the inaugural NBL1 Championship is something that will stay with me forever, now it’s time to focus on 2020,” Hronopoulos said following an on court run with a number of his Spectres teammates, past and present.

“I am very excited to be back at Nunawading. The challenge is to defend the title and I’m looking forward o doing that with everyone at the club.”

The NBL1 All-Star appeared in all 24-games for Nunawading in 2019 and was instrumental in the Spectres defeating Bendigo in the NBL1 Championship game.

“He’s what sets us apart on any given night,” Nunawading Spectres Head Coach Dave Biwer said.

“When you go into battle, you absolutely want Costas on your side, I’m a lucky coach because I don’t have to go find a guy to do that, we have him right here.”

Hronopoulos forms as an important back court pairing with Tom Wright for the Spectres, who will for the first time in 15 years take the floor without All Time Assists Leader Shane McDonald, who announced his retirement at the end of the 2019 season.

The combo guard stepped up in 2019 for Nunawading, with the roster regularly missing players due to FIBA 3×3 commitments, Hronopoulos was leaned upon to shoulder more of an offensively load than in previous years, having established a strong reputation as one of the leagues best defensive guards.