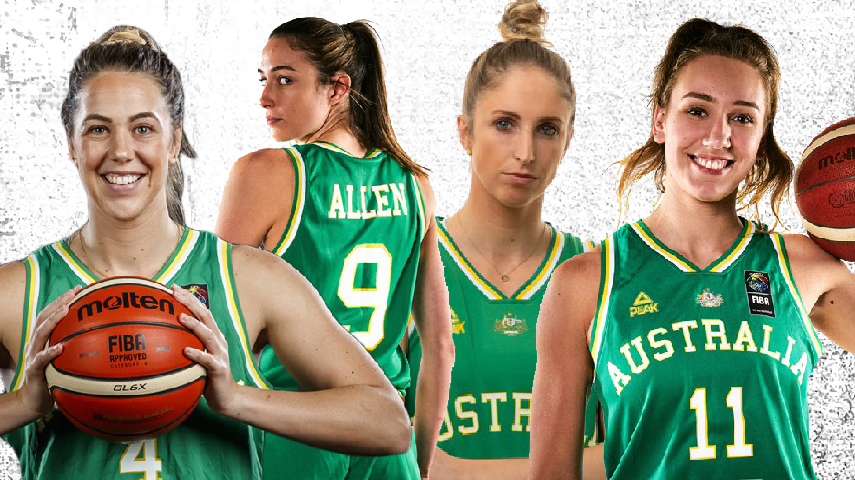 Basketball Australia has today released the 23 strong Australian Senior National Team squad, a year out from the Tokyo Olympics.

There remains considerable uncertainty around the FIBA Qualification window scheduled for early-mid November due to the fluctuating nature of global Covid-19 pandemic. Basketball Australia confirming however that the Opals will continue expectantly through to September where an official update and qualification status is expected to be delivered by FIBA.

“From November 2020 to end of 2021, we will embark on an intensive schedule in preparation for the Olympics, followed by Asia Cup and Qualifiers. With that in mind, we decided to extend our squad to 23 players” Head Coach Sandy Brondello, who is currently based at the WNBA’s Florida ‘bubble’ location said.

“While the Olympics postponement was disappointing but necessary, we are excited as a group to get back together in November and start the process of building our chemistry to become the best team possible for Tokyo and beyond.”

Many of the Opals squad based in Melbourne including the Nunawading quartet have been working together in sanctioned on court sessions throughout the Covid-19 isolation period. Smith has recently departed Melbourne to re-join her Phoenix Mercury teammates in preparation for the upcoming WNBA season, whereas Allen has opted out of her 2020 season with New York.

“This has absolutely been one of the toughest decisions, but after much thought and discussions, I have decided to opt out of the 2020 season in Florida,” said Allen.

“The uncertainty of the COVID-19 crisis and the logistical health risks related to travel have led me to conclude that it’s best if I not play in the WNBA this year.”:

“I would like to thank the Liberty for their support and understanding. I’ll certainly miss all my teammates, staff and fans this year. I’ll be cheering loud from Australia and I look forward to getting back on the court in 2021.”

*Restricted Player, only one can be named in a final term of 12.