TAYLOR STEPS AWAY FROM MERCURY BENCH 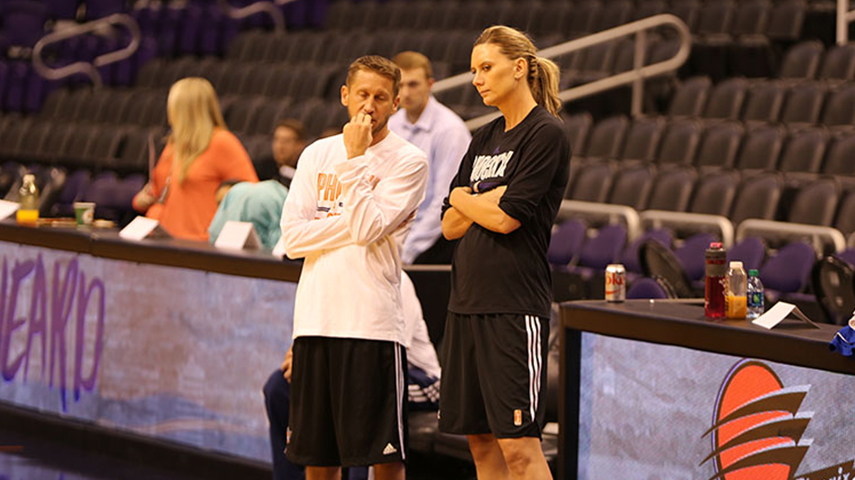 The Phoenix Mercury announced today that Penny Taylor has stepped away from her role as Assistant Coach to focus on being a full-time mother.

Taylor, a Nunawading Basketball Hall of Fame Legend is married to Mercury guard Diana Taurasi and have a 2-year old son together.

Phoenix Mercury General Manager Jim Pitman said via statement, “Part of being a family and working toward equality in this space is supporting working moms. We fully understand and support Penny’s decision to focus on her role as a mother. Whether through our game-day nanny services in Phoenix, the new WNBA CBA’s commitment to family planning and childcare, or our work in the community, we will continue to be an ally to moms in our league and in the Valley.”

Taylor was selected by the now defunct Cleveland Rockers in the 2011 WNBA Draft, playing three seasons in The Land before landing in Phoenix via the WNBA dispersal draft. A key member of the Mercury line up, Taylor alongside Taurasi helped guide Phoenix to championships in 2007, 2009 and 2014. Her career includes multiple stops across Europe and Australia whilst also representing the Opals at Olympic (’04, ’08) and World Championship (’02, ’06, ’14) tournaments, claiming the World Championship MVP in ’06 having led Australia  to its maiden Gold Medal in senior competition.

Post playing career, Taylor was appointed Director of Player Development and Performance for the Mercury in 2017, then moving into the Assistant Coach role in 2019.

We look forward to hopefully seeing Taylor back o the sidelines at some point in the future.