AUS 3×3 THROUGH TO OLYMPIC QUALIFYING TOURNAMENT 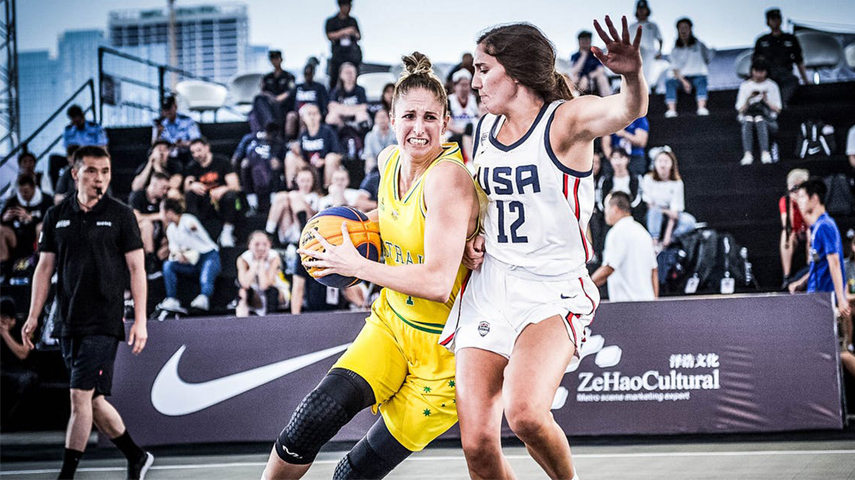 Australia’s dream of competing in the inaugural FIBA 3×3 Olympic event is alive and well with the women’s team named to the Olympic Qualifying Tournament to be held in India, 18-22 March, 2020.

Australia progressed to the Olympic Qualifying Tournament on the back of a sensational year on the international circuit that saw the women’s team win two FIBA Women’s World Series events and a fourth place finish at the FIBA 3×3 World Cup.

“The sport is being put on the world’s main stage and we have a chance to be one of the performers.”

“Ever since I took on this role, we’ve talked about playing with high expectation. This is the goal. Set your expectations and be accountable for achieving it.”

Nunawading Basketball representative Rebecca Cole has been a mainstay of the Australian 3×3 team, alongside Spectres NBL1 star Maddie Garrick. Marena Whittle has also spent much of 2019 in the Australian green and gold on the FIBA 3×3 stage.

Every athlete that has represented Australia at an international event and those that participated in the National 3×3 Camp last March will be in contention to receive an invitation to Basketball Australia’s Olympic Selection Camp for 3×3, scheduled to take place at the conclusion of the WNBL season.

A final team of four players, plus two reserves will be named. Per FIBA regulations, all teams taking part in the Olympic Qualifying Tournament must include two athletes ranked in the federations Top 10 FIBA 3×3 Athletes.

Australia has been pooled in Group B for the Olympic Qualifying Tournament alongside Japan, Ukraine and Turkmenistan. The Tournament will feature 20 teams with a Top 3 finish required to qualify for the 2020 Tokyo Olympics.